As most of you know, we love to celebrate. This time, we had a very special occasion.
We are very happy to have Dennis as a part of the ASIMUT family for already 10 years.
(We were a bit late with the celebration – as the anniversary was in may – but that did not take the joy out of it).

How it all started:
10 years ago, a very early stage in the company history, Mads and the ASIMUT/Paldam-IT team not only worked on developing the system, but also took on a lot of other project. Back then, they worked on building an intranet for the music Academy in Aarhus (Den Jyske Musikkonservatorium).
During the implementation workshops in which Dennis participated as student council president, he made a strong impression because he was not afraid of voicing his opinions and made clear that the job better be well done! 🙂
Mads saw the potential and decided that he wanted this guy on his team. It worked! Dennis applied and has been working for the company ever since.

Mads had prepared a great speech which was filled with great memories and made sure that Dennis had an active role in it:  we had the pleasure to hear Dennis perform a few songs from Frank Sinatra (All of me, New York, New York and Come fly with me). We discovered the great talent of some of our other colleagues which formed the band: Frederik B. Vuust on the Piano and our newest team member Nicolas Cherencq on the bass.

Thank you Dennis for 10 great years. We are looking forward to (at least) 10 more. 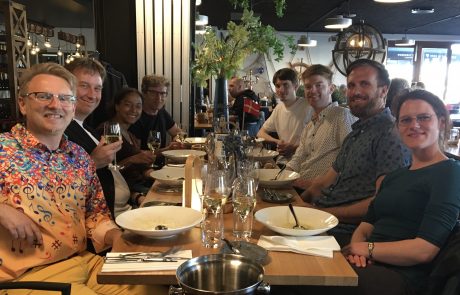 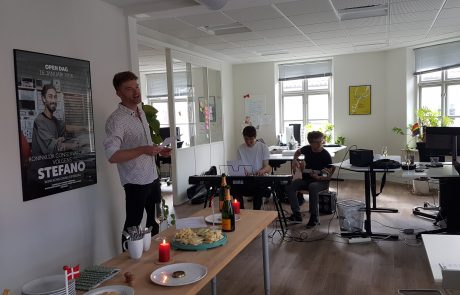 We would love to know just a bit more, so we can personalize our newsletter for you, if you please.

Remember to confirm your subscription in the email you receive.